SAN DIEGO, June 12, 2018 /PRNewswire/ -- This morning, leading gaming headset and audio accessory brand Turtle Beach (NASDAQ: HEAR), unveils the latest entries in its award-winning lineup of gaming headsets as the company opens this year's Electronic Entertainment Expo (E3). The two new headsets – the Recon 200 and Stealth 300 – are perfectly suited for the explosive growth of the Battle Royale genre, delivering the high-quality audio, crystal-clear chat, and unmatched comfort and durability that gives gamers the edge needed to ascend the leaderboards. Both new wired models feature amplified audio to further immerse players in their games, impressive build quality with metal-reinforced headbands, and unique suites of features and functionality – all combined to deliver a competitive advantage through precision audio. The Recon 200 and Stealth 300 have an MSRP of $59.95 and $79.95, respectively, and full details on both new models can be found below. 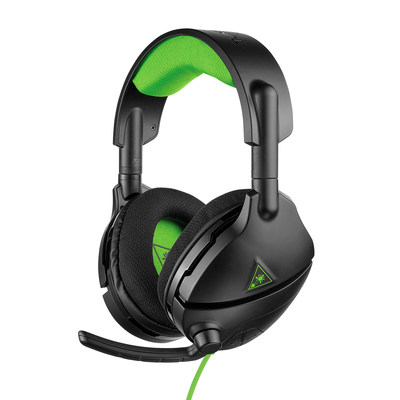 "We've seen unprecedented industry growth this year in the headset market, with Turtle Beach outpacing that industry growth by nearly 38% because we deliver the high-quality headsets gamers want and need to be successful in popular Battle Royale games like Fortnite and PUBG, as well as all genres," said Juergen Stark, CEO, Turtle Beach Corporation. "Gamers demand superior audio and comfort no matter their level of play, and that's what we bring to the table with a variety of products to suit every type of gamer. The new Recon 200 and Stealth 300 headsets give every player a definitive audio advantage and the premium comfort they need to weather the storm, for a price that doesn't break the bank."

Esports/Influencer Expansion:
In addition to debuting the first of this year's new products, Turtle Beach also continues to grow its impressive roster of professional esports teams and high-profile streamers and content creators. OpTic Gaming's League of Legends (LoL) squad now joins the ranks of Turtle Beach's partnered teams, and will exclusively wear Elite Pro headsets during all practice and streaming sessions. With the NA LCS Summer Split beginning on June 16, 2018, the Green Wall's LoL team is ready to dominate all comers when they take to the competition stage in the Los Angeles Battle Arena. Beyond practice and streaming, Turtle Beach and OpTic LoL will partner on exciting new fronts that include producing compelling content showcasing the keys to training and competing at the elite level, as well as bringing new insight into gaming culture and teamwork. Additionally, Turtle Beach and OpTic Gaming are collaborating on the development of future products, exclusive merchandise, and fan-focused events.

"Teamwork is a fundamental key to success in League of Legends. To have OpTic's players dominate the maps as a team, they have to communicate effortlessly as they execute their roles in a game. When we thought about who was going to deliver on all aspects of the gaming audio requirements we need as we train and prepare for match play, Turtle Beach was the pinnacle," notes Romain Bigeard, GM of OpTic LoL. "Having Turtle Beach come on as true collaborative partners, to not only help build championship athletes but to also help us faithfully engage with our fans, is an honor and we're excited to start revealing what we have planned for the future."

"We are supremely interested in further introducing the League of Legends player base to the sound quality and capabilities of Turtle Beach," added Ryan Musselman, SVP of Global Partnerships at Infinite Esports & Entertainment. "Through customizing sound profiles for our players and equalizing audio catered specifically for the Rift, we aim to give OpTic LoL a competitive advantage in a way only Turtle Beach can deliver. We look forward to continuing to collaborate on product innovations and features to ensure our players and fans have unprecedented audio and communication power."

Switching gears from pro teams to content creators, fans of Microsoft's popular Mixer streaming platform will now see one of their favorites – Siefe – also joining forces with Turtle Beach. Siefe streams his gaming sessions full-time and exclusively on Mixer and takes his audio seriously, which is why he selected Turtle Beach as his preferred audio partner. Siefe is also the first streamer on Mixer to surpass 200K followers, and will now be using Turtle Beach's Elite Pro headset and other gear as he continues to create his unique and often hilarious style of content.

Full Recon 200 & Stealth 300 Details:
Whether you're a pro gamer, a content creator, a hardcore, casual, or new player, Turtle Beach has the broadest range of gaming headsets designed for gamers from all walks of life, and the all-new Recon 200 and Stealth 300 are the latest additions to the company's robust lineup.

Louder is better in black and white. With the Recon 200, gamers get a sleek-looking new headset in black or white that delivers powerful amplified audio with enhanced bass. Whether you play on Xbox One or PS4™, the Recon 200 gaming headset delivers high-quality game sound and crystal-clear chat through 40mm speakers and a high-sensitivity flip-to-mute mic. Additionally, the Recon 200's metal-reinforced headband and synthetic leather-wrapped memory foam cushions provide added durability and unmatched comfort. The Recon 200 has a rechargeable battery that delivers over 12-hours of gaming per charge, and features onboard controls for Master Volume, Variable Mic Monitoring, and for selecting between Xbox One and PS4™. The Recon 200 also works great with Nintendo Switch™, PC, and mobile devices with a standard 3.5mm headset jack, and will be available at retail this fall for a MSRP of $59.95.

Powerful sound. Unmatched comfort. Your ears will thank you. The all-new Stealth 300 incorporates many key features from this year's top-selling headset in North America1, the Stealth 600, to give a superior new option for gamers looking to level-up their gameplay experience with a powerful wired headset. The Stealth 300 headsets for Xbox One and PS4™ deliver the quality and features gamers want, including a metal-reinforced headband, Turtle Beach's unique ProSpecs™ glasses friendly design with memory foam ear cushions, a flip-to-mute mic with variable mic monitoring, and a 40-hour rechargeable battery. Additionally, the Stealth 300 for Xbox One is optimized to deliver Microsoft's Windows Sonic for Headphones surround sound to further immerse gamers in their games, movies, and music. The Stealth 300 for Xbox One and PS4™ are planned to launch at participating retailers in July 2018 for a MSRP of $79.95.

About OpTic LoL
As one of 10 franchised North American LCS teams, OpTic League of Legends helps set the standard for the highest level of competition in Riot Games' industry-defining esports scene. With a proven integration of newly trained talents alongside veteran experience, OpTic League of Legends is uniquely positioned for long-term and sustainable development.

About Turtle Beach Corporation
Turtle Beach (www.turtlebeach.com and http://corp.turtlebeach.com) has been revolutionizing console multiplayer gaming since the very beginning with its wide selection of industry leading, award-winning gaming headsets. Whether you're a professional esports athlete, hardcore gamer, casual player or just starting out, Turtle Beach has the gaming headset to help you truly master your skills. Amazing audio quality, crystal-clear communication, lightweight and comfortable designs, innovative and advanced technology, and ease-of-use are just a few features that have made Turtle Beach a fan-favorite brand for gamers the world over. Made for Xbox and PlayStation® consoles as well as for PC and mobile devices, having a Turtle Beach gaming headset in your arsenal gives you the competitive advantage. The Company's shares are traded on the NASDAQ Exchange under the symbol: HEAR.

While the Company believes that its expectations are based upon reasonable assumptions, there can be no assurances that its goals and strategy will be realized. Numerous factors, including risks and uncertainties, may affect actual results and may cause results to differ materially from those expressed in forward-looking statements made by the Company or on its behalf. Some of these factors include, but are not limited to, risks related to the Company's liquidity, the substantial uncertainties inherent in the acceptance of existing and future products, the difficulty of commercializing and protecting new technology, the impact of competitive products and pricing, general business and economic conditions, risks associated with the expansion of our business including the implementation of any businesses we acquire, our indebtedness, and other factors discussed in our public filings, including the risk factors included in  the Company's most recent Quarterly Report on Form 10-Q and the Company's other periodic reports. Except as required by applicable law, including the securities laws of the United States and the rules and regulations of the Securities and Exchange Commission, the Company is under no obligation to publicly update or revise any forward-looking statement after the date of this release whether as a result of new information, future developments or otherwise.

All trademarks are the property of their respective owners. 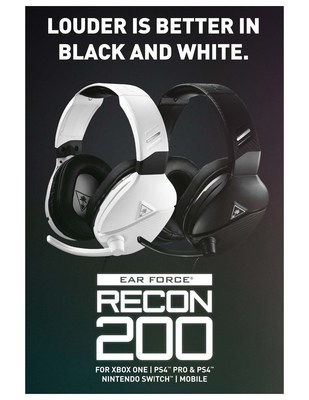